Home » Blog » CBD and Children: Is it safe for kids to consume CBD?

CBD and Children: Is it safe for kids to consume CBD?

You’d be surprised at how often this question is asked and for good reason. Just because our children are younger and more resilient doesn’t mean they’re immune to major health conditions and debilitating mental disorders.

In fact, according to the Centers for Disease Control and Prevention, “Children’s bodies are different from adults’ bodies. They are more likely to get sick or severely injured.” They also add that “mental stress from a disaster can be harder on children.”

But that’s not all…

According to the Mental Health Foundation, 1 in 10 children and young people are affected by mental health problems and 70% of them have yet to have the appropriate interventions at an early age.

So these children and young people are having to cope with these debilitating mental disorders on their own, and as they age, these disorders can worsen and become incredibly dangerous.

Even the C.S. Mott Children’s Hospital National Poll on Children’s Health reported that “more than half of adults believe children today are more stressed, experience less quality family time, and have worse mental and emotional health than children in past generations.”

So what do we do as parents?

We seek counsel from highly educated and well trained doctors. But even the most renowned pediatric specialists can be stumped. They often do a great job with good intent, but it’s impossible for them to know everything about the human condition.

New health conditions, mental disorders, and abnormalities are popping up every year, which means our medical education is evolving as well. In fact, medical scientists are discovering new systems, molecules, cells, and more in the human body all the time.

This explains why new pharmaceutical drugs are constantly being tested and developed each year. And as luck would have it, more natural plant-derived molecule substances are catching the attention of scientists, medical professionals, and even veterinarians.

Yes, we’re talking about Cannabidiol, better known as CBD. But there are a few concerns and questions regarding children and CBD, and that’s where diligent research comes into play on your part.

Thankfully, we’ve found the answers to the most popular questions and concerns regarding children consuming CBD, along with the scientific research to back it—because we believe knowledge is power.

And when it comes to child development, it’s important to know how certain medications will affect their overall health in the present and in the future, regardless of how natural they seem to be.

As a concerned mom or dad, it’s perfectly normal to be a bit apprehensive about any molecule that comes from cannabis. But what many people don’t know is that while CBD naturally occurs in the many species of cannabis plants, it also naturally exists deep inside the human body.

Now, before we dive into where in the body CBD is found and how the phytocannabinoid CBD can affect our children's overall health, let’s clear a few things up.

Will CBD get my child high? 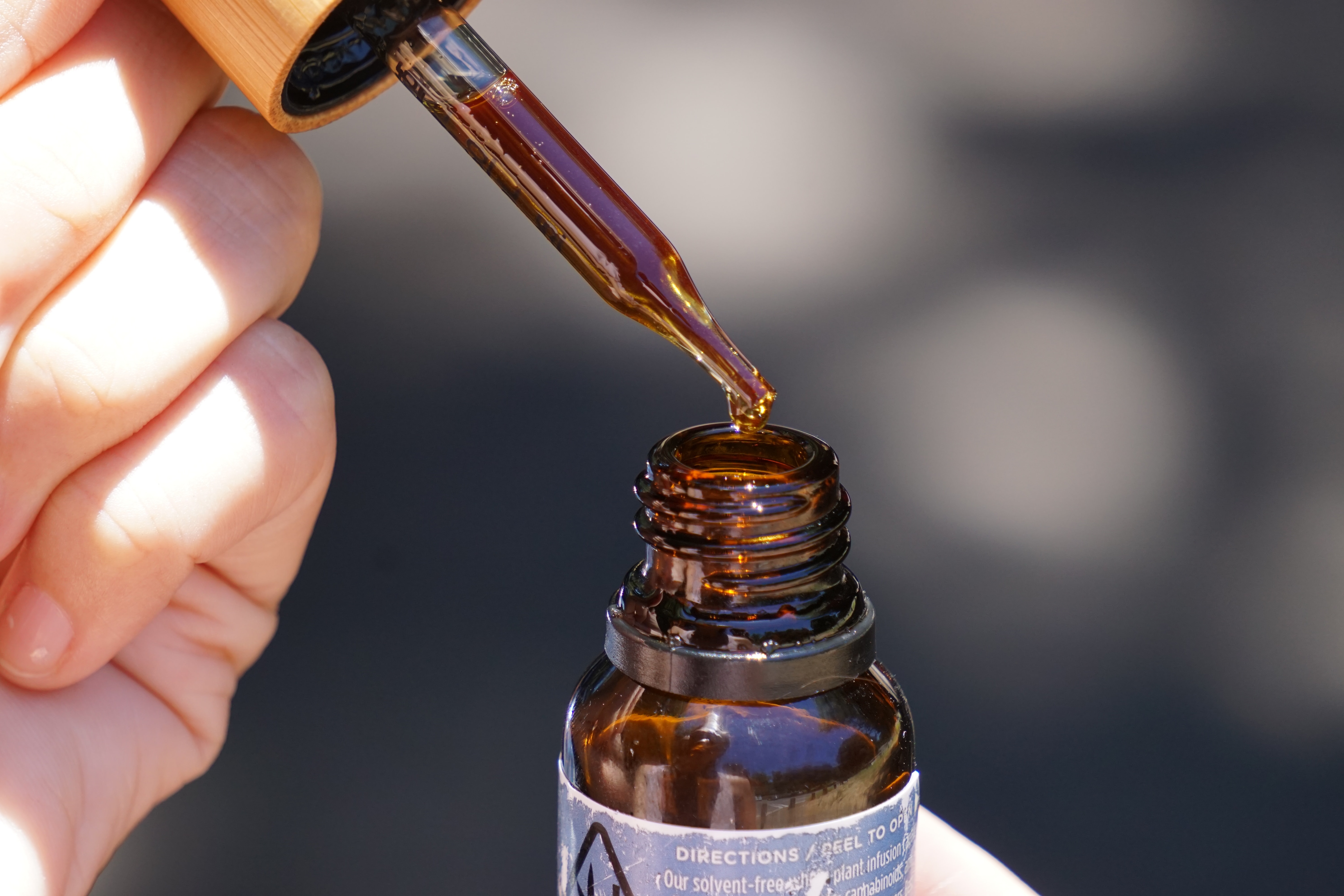 Fantastic question! Kudos to you if this is one the first questions you’ve asked when considering CBD for your child.

After all, multiple studies and experiments have found that cognition, stress response, emotional control, and neurodevelopment can be affected by chronic THC (Tetrahydrocannabinol) use, which we know is the phytocannabinoid known for getting its users high.

In fact, here’s what researchers found from 8 studies involving adolescents who engaged in heavy marijuana use: “Consistent evidence of both structural brain abnormalities and altered neutral activity.” These changes, which have also been connected to cognitive issues, developed shortly after these adolescents started using marijuana.

And according to Staci Gruber, PhD, a neuroscientist and director of the Cognitive and Clinical Neuroimaging Core and the Marijuana Investigations for Neuroscientific Discovery (MIND) Program at McLean Hospital/Harvard Medical School, “the brain is still under construction.” And damage to the white matter in an adolescent’s brain could affect how neurons communicate, causing long-term or lasting damage from chronic marijuana use.

Thankfully, CBD and THC are two completely different molecules. While they both naturally exist in the cannabis plant (including hemp and marijuana), they do so in astoundingly different ratios.

But even in cases like this, the CBD that’s derived from marijuana is still non-psychoactive. In fact, multiple studies have found that higher ratios of CBD can actually counteract the high from THC.

So what does science say about CBD and a child's developing brain? 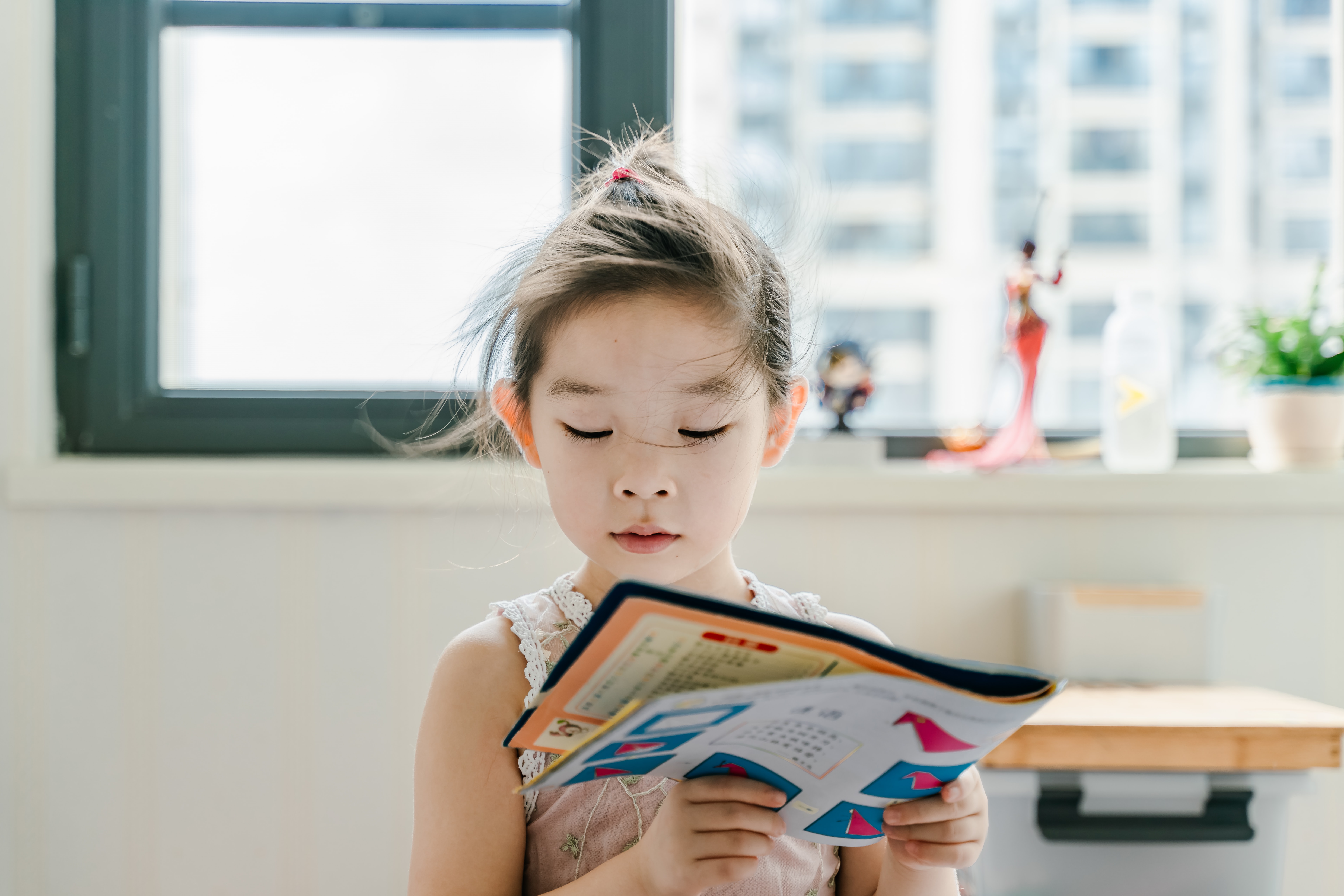 While there are a few studies involving children and cannabinoids like CBD and THC, there haven’t been any concrete conclusions regarding the long-term effects of CBD in a child's development.

Of course, we know that chronic marijuana use can cause a number of development issues, but pharmaceutical researchers and cannabis scientists are having to wait until these children, who have taken CBD, are older until they can determine if there are any long lasting effects.

However, according to the Food and Drug Administration (FDA), CBD could potentially cause liver injury in some users and it may affect the development of the child's brain. But again, these are suggested implications and more studies are needed.

So with this knowledge, why would parents move forward with administering a relatively new substance to their child if they know more studies are desperately needed?

The answer is simple…. They’ve tried everything else and CBD was their last resort.

Benefits of CBD for children

The fear of giving your child something that may hinder how their brain or body might develop is completely normal. This is why we encourage you to consult with a doctor before adding CBD to your child's daily regimen.

But some parents have done all they can. They’ve visited every doctor, said yes to every test, and have given their child every pharmaceutical drug on the market, and sadly, still the doctors are at a loss.

So turning to CBD for your kid shouldn't be viewed as wrong. In fact, here’s a story you may have stumbled across in your CBD research...

CBD for child seizures and epilepsy 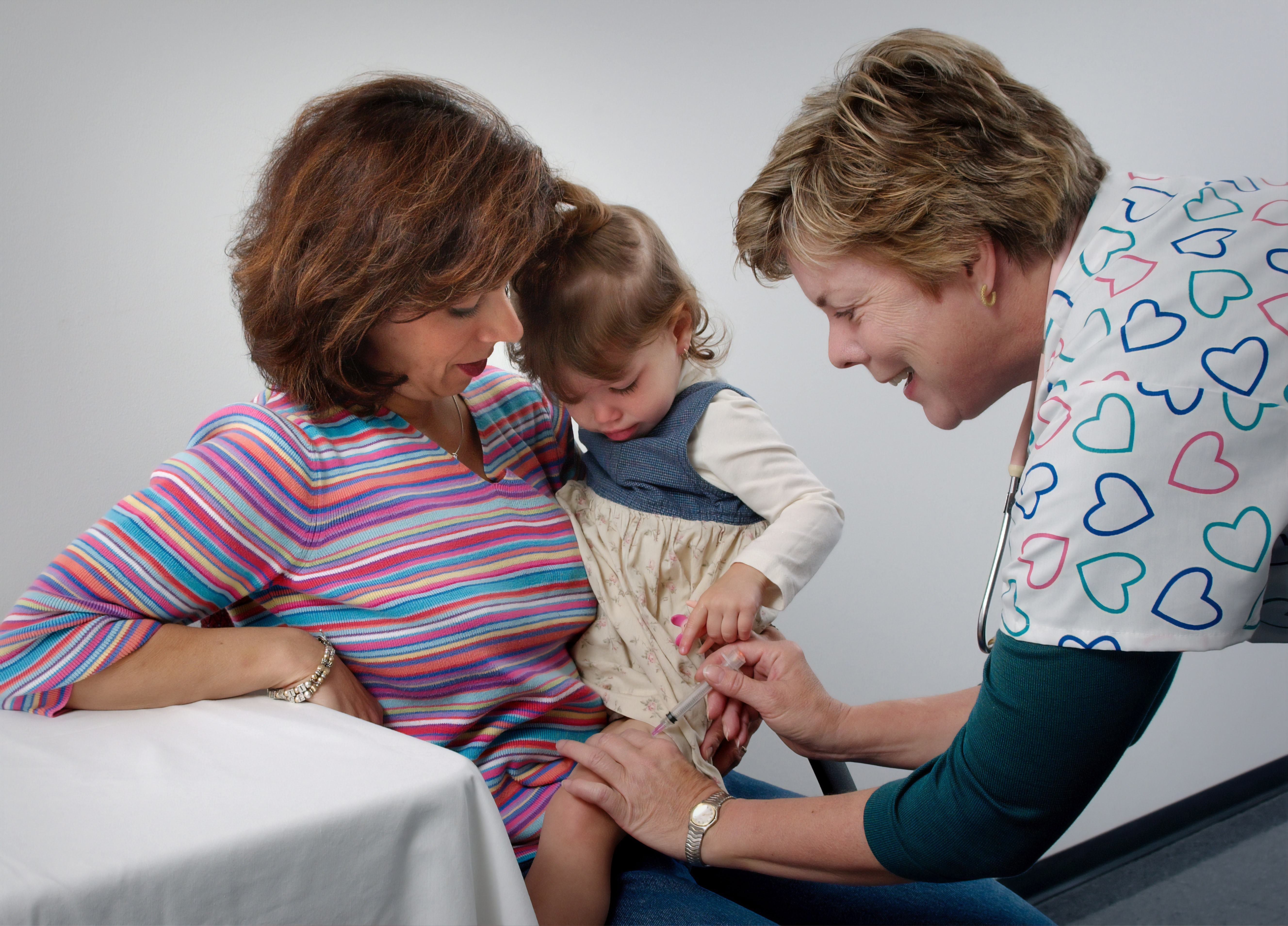 Let us introduce you to Charlotte Figi, who at the young age of 3 months started suffering from debilitating seizures.

As Charlotte got older, her seizures increased, totalling up to 300 seizures in one week. This amount of seizure activity affected her cognitive functions, immune system, and her developing brain.

Not only was Charlotte in and of the hospital several times a year, she was on over a dozen pharmaceutical drugs, which only helped for a short time but ended up causing multiple side effects and worsening her seizures and development in the long run.

After learning that there was nothing more doctors could do for poor little Charlotte, her parents decided to turn to cannabis. That’s when they quickly learned that CBD and THC were two completely different molecules. So they opted for a CBD high, THC low oil and the results were astounding.

“When she didn't have those three, four seizures that first hour, that was the first sign,” Charlotte’s mother recalled. “And I thought ‘well, let's go another hour, this has got to be a fluke.’ ”

But it wasn’t a fluke. In fact, Charlotte’s seizures stopped for a full seven days. She went from 300 seizures a week to about two to three seizures a month. But here’s the best part…

When this story hit mainstream news, it caught GW Pharmaceuticals’ attention, so they decided to conduct their own placebo-controlled, doubled-blind study trials which involved multiple patients diagnosed with Dravet and Lennox-Gastaut syndromes. These trials were several months long, but within just 14 weeks, researchers noticed a significant decrease in seizure activity in several patients who received CBD.

Now, if you do a quick Google search, you’ll find multiple cases where children as young, if not younger, than Charlotte who suffer from seizures and epilepsy are finding relief from high-quality CBD.

And there are other benefits of CBD for children…

CBD oil for children with anxiety, aggression, and insomnia

According to one particular case study, a 10 year old girl was able to get her life back by consuming CBD oil.

At just 3 years old, this young girl was sexually abused. And as she aged, she was diagnosed with PTSD (Post Traumatic Stress Disorder) and a long list of other mental and psychological disorders:

For years she struggled with inappropriate behaviors at home and at school, and could never sleep alone in her own bed.

But within 5 months of starting CBD, researchers found that her sleep increased and her anxiety decreased. She even started sleeping in her own room, and had less episodes of anxiety and inappropriate behaviors.

Her grandmother even stated, “My granddaughter’s behaviors are definitely better being on CBD. Her anxiety is not gone, but it is not as intense and she is much easier to be around. She now sleeps in her own room most of the time, which has never happened before.”

This case study shows just how much high-quality CBD oil can help improve the psychological and mental functions of the human body.

So how much CBD should you give to your kid? 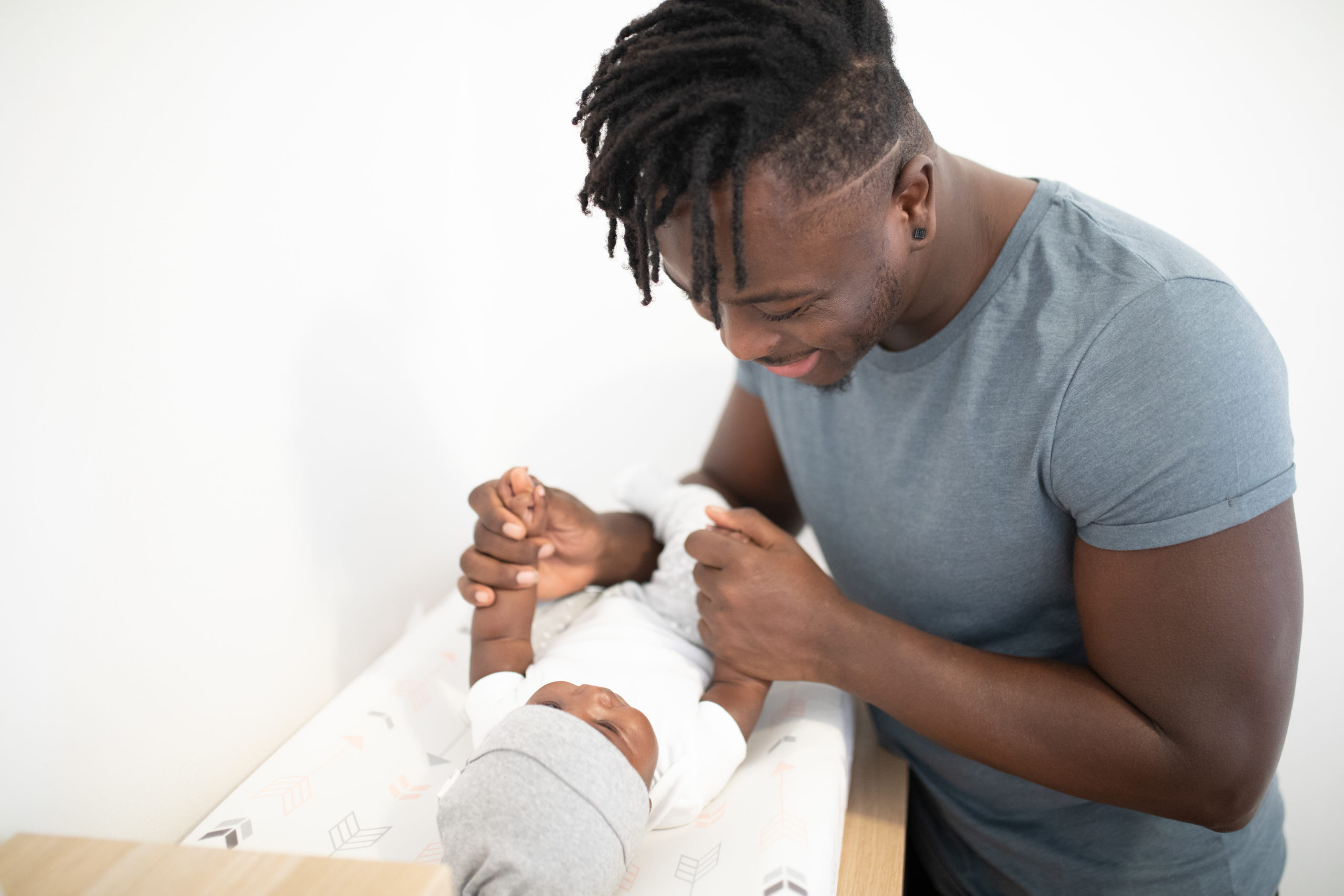 Here’s the thing about dosing CBD for your children: Because there are so many different CBD companies on the market who formulate various CBD products, the dosage and quality of these products vary greatly.

Dosing CBD for your child is usually based on their weight: .5mg of CBD per pound. And this amount is usually spread out throughout the day.

For example, the average weight of a toddler is usually 25 Lbs to 35 Lbs. So 12.5mg of CBD to 17.5mg of CBD is recommended. However, the best option is to follow the dosing instructions on the label of the CBD bottle.

In the case study that we referenced earlier, researchers only administered 12mg to 25mg of CBD daily to the 10 year old girl. So for children it’s best to administer a lower amount of CBD, especially if your child is just starting out with CBD.

Now you might be wondering if there are any side effects of CBD for children. Well, multiple studies show that CBD is well tolerated among its users. But everyone responds differently to CBD. Nevertheless, we feel it’s best to mention the rare side effects of CBD.

CBD side effects for children include:

It’s important to note that these side effects are rare and will fade quickly.

Now the good news is that it’s nearly impossible to overdose on pure CBD, or CBD isolate. Even full spectrum CBD can be hard to overdose on. However, the main issue is synthetic knockoff CBD products and CBD products that contain pesticides, heavy metals, and other toxic contaminants.

This is all the more reason to only purchase high quality CBD oil products.

It’s best to research the CBD company before you buy. Always look for reputable CBD companies that focus on the following:

Some of the best CBD products for children are:

Remember, pharmaceutical drugs do have their place, but so do plant-derived molecules like CBD. So there’s no shame in considering CBD for your child. Just be sure you do your research and consult with your pediatrician.

Want to write for bestmarijuanaguide?

We are constantly evaluating trend setters who like to contribute high quality content. We are selective on who we let contribute. Read our guidelines on how to apply.