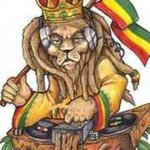 Request a quote from
1 LOVE SERVICES

Start your review of 1 LOVE SERVICES .

His postings for puppies (which are frequent) state “adoption fee is $600 and covers spay/neuter, shots, worming, bordetella and microchip. You also get 30 day free pet insurance by PetFirst. There is also a $100 reimbursement after your medical services”One would assume from this the puppy you are adopting would have all of the above and thus have been checked out by a vet. Sadly, this did not happen for us. Meaning none of it. Adopted an 8 week old malti-poo, paid $600, brought the puppy home and she had blood in her stool and couldn’t stop itching herself that very day. Took her to the vet and the vet said puppy was in the worst condition he had seen in years. She had mange, Giardia, multiple types of worms, ticks and fleas.No response from Justin. You can read the way he responds to anyone who questions him - threats. If he’s truly rescuing dogs, then why not be transparent with those adopting? Let us know the issues with the puppies health. Most would (apparently naively) assume that the $600 adoption fee meant care had been provided to the puppy and to future rescues. Any reputable rescue organization provides care to animals prior to adopting them out. They also advise those adopting what issues the puppy has. The entire litter that was adopted out was very sick. The first person to find out called Justin to let him know the puppy has mange so that he could contact the rest of us and let us know. It’s contagious to humans. He never bothered to reach out to any of us. When contacted, his response is “read your paperwork”. It’s truly sad that someone can operate under the guise of a non-profit rescue organization, when in reality they are a puppy broker. He buys and sells puppies without any regard to their care. Do your own research. Call Placer County Animal Control. Call Front Street Animal Shelter. Call Sierra Nevada Humane Society - ask them about 1LoveDogRescue and Justin. They are all aware of numerous complaints and will tell you to stay far away from him. If you want to adopt, go to a legitimate rescue organization. If you don’t mind buying a puppy, feel free to go to Justin - just know the $600 ‘adoption fee’ is actually going to Justin to purchase the dog. Also know you have no idea where they come from and the lack of care they will have received is heartbreaking and will be expensive for you. Again, had he been transparent and truthful about the way he operates, maybe this wouldn’t be as infuriating. Lack of transparency is a red-flag.

Edit the information in your page, add photos, answer reviews, and more.

Our team would love to communicate with you and generally responds within 24 hours.

8/10 buyers choose a recommended vendor. Be a part of our list and close more business.